Surely the real issue here is that the people have a fairly strict definition of what 'art' is. In the blue corner we have people who think that art must be a faithful rendition of a visual scene ... Read full review

This is a pretty good book. Not necessarily the best of its type, but to be candid, I can’t be objective with this one because I’ve been a lifelong Twyla Tharp fan, have seen her company perform ... Read full review

Twyla Tharp, one of America’s greatest choreographers began her career in 1965, and has created more than 130 dances for her company as well as for the Joffrey Ballet, the New York City Ballet, the Paris Opera Ballet, London’s Royal Ballet, Denmark’s Royal Ballet, and American Ballet Theatre. She has won two Emmy Awards for television’s Baryshnikov by Tharp, and a Tony Award for the Broadway musical Movin’ Out. The recipient of a MacArthur Fellowship, she was inducted into the American Academy of Arts & Sciences in 1993 and was made an honorary member of the American Academy of Arts and Letters in 1997. She holds nineteen honorary degrees, most recently from Harvard University. She lives and works in New York City. 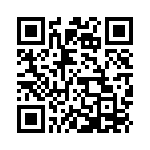