THE CONVERSATION: The Night Napoleon Changed the World

A lauded titan of French letters plumbs the intersection between character and despotism in a slender, tendentious imagining of a conversation between Napoleon and a trusted political ally.On a winter ... Read full review

Jean Bruno Wladimir François de Paule Le Fčvre d'Ormesson was born in Paris, France on June 16, 1925. He studied philosophy at the École Normale Supérieure. In 1950, he joined Unesco (the United Nations Educational, Scientific and Cultural Organization) in Paris as the head of its international council for philosophy and humanistic studies. From 1974 to 1977, he was the publisher of Le Figaro, the conservative French daily newspaper. His first book, L'Amour Est un Plaisir, was published in 1956. He published 40 works of fiction during his lifetime including Goodbye and Thank You and La Gloire de l'Empire, which received the Académie Française Grand Prix award. As a member of the Académie Française, he sponsored the first woman to join its elite numbers. He died from a heart attack on December 5, 2017 at the age of 92. 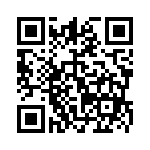