Arlene Chan is a third-generation Chinese Canadian who was born in Toronto and spent her early years in "Old Chinatown," at Elizabeth and Dundas Streets, where she helped at her parents’ restaurant. Her mother, Jean Lumb, was the first Chinese-Canadian woman to receive the Order of Canada. Arlene and her husband live in Toronto. 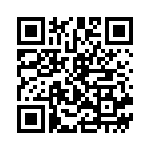