THE CHILDREN'S MACHINE: Rethinking School in the Age of the Computer

The genially unorthodox author of Mindstorms (1983) again makes a stimulating case for computers as a primary route to knowledge, revising and expanding earlier observations in view of disappointing ... Read full review

Seymour Aubrey Papert was born in Pretoria, South Africa on February 29, 1928. He received doctorates from the University of the Witwatersrand in South Africa and the University of Cambridge in England. After his doctoral work, he spent four years at the University of Geneva exploring both mathematics and children's learning as a researcher for Jean Piaget. In 1964, he joined the Massachusetts Institute of Technology faculty and immediately delved into artificial intelligence research with Marvin Minsky. He was a co-director of the renowned Artificial Intelligence Laboratory at the Massachusetts Institute of Technology. Papert and Minsky published Perceptrons: An Introduction to Computational Geometry in 1969. Papert foresaw children using computers as instruments for learning and enhancing creativity well before the advent of the personal computer. In the late 1960's, he created a computer programming language, called Logo, to teach children how to use computers. He wrote several other books including Mindstorms: Children, Computers and Powerful Ideas and Constructionism written with Idit Harel. Papert retired from the faculty at M.I.T. in 1996, but continued to work there as a lecturer and consultant to doctoral students. He died from complications of a series of kidney and bladder infections on July 31, 2016 at the age of 88. 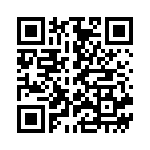