Okay, I finished this, and it was really interesting if a little depressing. The audiobook is read by the author and he did a great job with really entertaining voices. I liked the in depth look at a ... Read full review

In The Caped Crusade: Batman and the Rise of Nerd Culture, Glen Weldon argues, “For the last three decades, the American superhero has been trapped in a perpetual age of adolescence, with fans and ... Read full review

Glen Weldon has been a theater critic, a science writer, an oral historian, a writing teacher, a bookstore clerk, a movie usher, a PR flack, an inept marine biologist, and a slightly-better-than-ept competitive swimmer. His work has appeared in The New York Times, The Washington Post, The New Republic, Slate, The Atlantic, The Village Voice, The Philadelphia Inquirer, and many other places. He is a panelist on NPR’s Pop Culture Happy Hour and reviews books and comic books for NPR.org. The author of Superman: The Unauthorized Biography and The Caped Crusade: Batman and the Rise of Nerd Culture, he lives in Washington, DC. 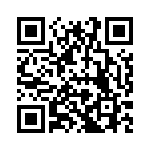