Tim Whitmarsh is E. P. Warren Praelector in Classics at Corpus Christi and Lecturer in Greek Language and Literature at the University of Oxford. He has published widely on the Greek literature of the Roman period, including Greek Literature and the Roman Empire: The Politics of Imitation (2001) and The Second Sophistic (2005). He has lectured all over the world, given television interviews, appeared on Radio 4 and written for the Times Literary Supplement. 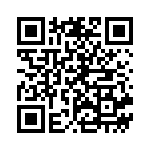