Very engaging. The plot is quite simple for such a long book - a demi-god living amongst us, and the affect on a father and son who dare to recognise and engage. However the book is not a word too ... Read full review

An original, personal and visceral novel, which for me is the kind of book that justifies the existence of the Booker Prize. The surface story is about the interactions between three difficult and ... Read full review

Keri Hulme is of Maori, Scottish, and English ancestry and grew up in Christchurch and Moeraki, New Zealand. She has worked as a fish-'n'-chip cook, tobacco picker, woolen mill winder, census taker, journalist, postmistress, and television director. In 1983 she became a full-time writer. Through a government lottery, she won a plot of land on a remote Westland coast, where she erected an octagonal-shaped dwelling and settled in. She writes, paints, and fishes and has published seven books. 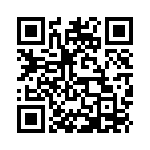