If you want a dense, comprehensive writing and style guide, the Bedford Handbook may be what you're looking for. It's the most portable (yet helpful) style guide I've come across in my quest for a ... Read full review

DIANA HACKER's handbooks, used at almost half of the colleges and universities in the country, are the most widely adopted in America. A member of the English faculty at Prince George's Community College in Maryland for almost 35 years, Diana Hacker personally class-tested her handbooks with nearly four thousand students. Diana Hacker's other handbooks, all published by Bedford/St. Martin's, include A Writer's Reference, Fifth Edition (2003); Rules for Writers, Fifth Edition (2004); and A Pocket Style Manual, Fourth Edition (2004). 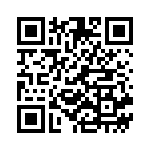