Ostensibly about how to write, The Authentic Swing is really about how to reach creative fulfillment in whatever you do. Like everything Pressfield writes, I love it. Still, if you've not read The War ... Read full review

Steven Pressfield is the author of THE WAR OF ART, TURNING PRO, THE WARRIOR ETHOS, DO THE WORK, GATES OF FIRE, TIDES OF WAR, THE LEGEND OF BAGGER VANCE among others. He lives in Los Angeles.  In 2003, he was made an honorary citizen by the city of Sparta in Greece. 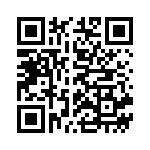