I thought that while this seemed well researched, and he certainly spent many hours with top commanders and civilian leaders, he seemed enchanted by the CPA and too willing to forgive them their ... Read full review

Packer tells it like it is, with some strange but often helpful quirks of perspective – a lefty who supported the war in Iraq, but was disenchanted with the way it was conducted. Read full review

George Packer is a staff writer for The New Yorker and the author of The Assassins’ Gate: America in Iraq, which received numerous prizes and was named one of the ten best books of 2005 by The New York Times Book Review. He is also the author of the novels The Half Man and Central Square, and the works of nonfiction The Unwinding: An Inner History of the New America, The Village of Waiting and Blood of the Liberals, which won the 2001 Robert F. Kennedy Book Award. His play, Betrayed, ran in Manhattan for five months in 2008 and won the Lucille Lortel Award for Outstanding Play. He lives in Brooklyn. 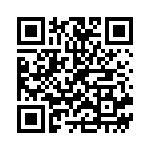