An excellent book which not only gives the reader an inside view into the workings of the tar sands, but also assess its environmental and social impact. Andrew Nikiforuk illustrates the true cost of ... Read full review

Andrew Nikiforuk is a good writer. This book, like others of his I've read, is easy to read and written in an engaging style. It looks at the development of Alberta's tar sands from environmental ... Read full review 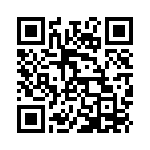