Peter Ernest Greene was born in 1951 in Cochin, Kerala, India. Peter belongs to the Anglo-Indian community. He left Cochin at the age of four and lived in Coonoor and Ketti in the beautiful Nilgiri District of Southern India.He studied at Stanes Higher Secondary School in Coonoor and joined the Indian Navy in 1969 in the Electrical (Radio) branch. He saw action in the Indo-Pakistan war of 1971 and was awarded the Sangram Medal, The Poorvi (Eastern) Star and the Nao Sena Medal. In 1977 he was sent to the Soviet Union for training at the Naval Officer's College in Izmail, Ukrainian Republic. He learnt to read, write and speak in Russian. He was part of the Commissioning crew of a Soviet built minesweeper at Riga in the Latvian Republic. Peter left the Navy in 1980 as a Petty Officer. He met and married June Yates in Bangalore, India and has two sons. Peter and his wife June now live in Windsor, Ontario, Canada and Peter works for Fiat Chysler Automobiles. 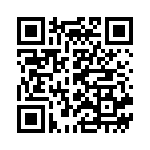