Takedown: the fall of the last Mafia empire

In 1992, New York City detective Cowan was investigating a truck bombing at a Brooklyn garbage transfer station when the"mobbed-up" thugs responsible for the crime showed up to further intimidate Sal ... Read full review

Rick Cowan is a twenty-year veteran of the New York Police Department, where he remains on active duty as Detective First-Grade. His undercover role in Operation Wasteland earned him a personal promotion from then Police Commissioner William Bratton.

Douglas Century is a contributing writer for The New York Times whose work has appeared in numerous other national publications. 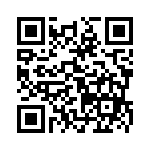