Stuart Ross is a poet, fiction writer, and essayist. He is the author of about a dozen books and countless chapbooks. His story collection Buying Cigarettes for the Dog won the 2010 ReLit Award for Short Fiction. Stuart is the fiction and poetry editor for This Magazine, a regular columnist for subTerrain, and has his own imprint, "a stuart ross book," at Mansfield Press. He was the 2010 Writer in Residence at Queen's University, and has led writing workshops across the country. After half a century in Toronto, Stuart moved to Cobourg, Ontario, in 2009. You Exist. Details Follow. is his seventh full-length poetry collection. 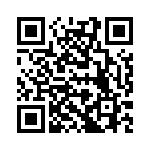