Tamara Loos is Associate Professor of History at Cornell University. 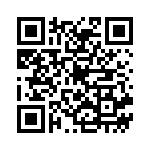