Pat Griffinteaches in the social justice education program at the University of Massachusetts-Amherst. She leads classes and workshops on sexism, racism, heterosexism/homophobia, and other forms of social injustice. Her research and writing interests include heterosexism/homophobia in education and athletics, and lesbian and gay teachers and students.

Pat was one of the first people to openly address the issue of homophobia in sport. She has led seminars on heterosexism/homophobia in sport at numerous colleges and universities, as well as at coaches' and athletic administration conferences. She also serves as a media expert for stories on homophobia in athletics. She is the author of numerous journal articles and co-editor of Teaching for Diversity and Social Justice: A Sourcebook for Teachers and Trainers.

Pat played basketball at the University of Maryland and coached high school basketball in Silver Spring, Maryland. She was a member of the United States Field Hockey squad in 1970-71 and went on to coach swimming at the University of Massachusetts. She won a bronze medal in triathlon at the Gay Games IV in 1994. The recipient of the National Girls and Women in Sport Honor Award in 1994, Pat was elected to the New Agenda Northeast Women's Sport Hall of Fame in 1995. 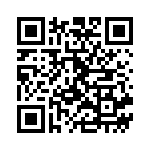