"How can I keep my readers from feeling good about the obvious drift of my story away from the gas chambers and the killing fields and towards the postwar period, where prosperity beckons?" This ... Read full review

One of the best holocaust memoirs ever written: poignant, inspiring, saddening, enlightening and multi-layered. Kluger does not merely tell an amazing, perceptive story of survival against all odds, she also makes you think.

Ruth Kluger (1931-2020) was a literary scholar, memoirist, and a professor emerita of German at the University of California, Irvine. She previously taught at Princeton University and the University of Virginia, and was a guest professor in Gottingen, Germany, and elsewhere in Europe. As the author of five books of literary criticism, she also studied English literature, obtained a master's degree in 1952, and a PhD in 1967. Dr. Kluger survived internment at Auschwitz, fleeing a death march in 1945, eventually immigrating to New York, and beginning her lifelong work in academia and writing. After an accident-related days-long coma, Dr. Kluger was moved to recall long-repressed memories of the war, which served as the impetus for her memoir, Still Alive: A Holocaust Girlhood Remembered. 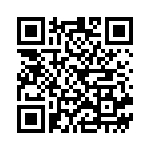