A mixed bag. Tony Keen's chapter comparing the rise of Augustus with Napoleon, Hitler and Palpatine is sane as modern leaders have often explicitly presented themselves as the heirs to Rome, and Star ... Read full review

NANCY R. REAGIN is professor of history and women's and gender studies at Pace University. She has been active in fan organizations for more years than she cares to admit; her current research project focuses on the history of fan communities since the late nineteenth century. She is the editor of Twilight and History, Harry Potter and History, and Star Trek and History.

JANICE LIEDL is associate professor of history at Laurentian University. She has been an avid fan of Star Wars since the first film's 1977 release. Her present research deals with the history of English stepmothers from the sixteenth century. She contributed to both Twilight and History and Harry Potter and History and is the editor of The Hobbit and History. 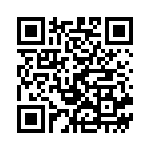