William Shatner is an actor and writer. He was born in Montreal, Quebec, Canada on March 22, 1931. He graduated from McGill University in 1952. Shatner made his acting debut at the Montreal Playhouse in 1952 and performed with the Canadian Repertory Theatre in Ottawa. From 1954 to 1956 he appeared in the Stratford Shakespeare Festival in Ontario and in 1956 he made his Broadway debut in Tamburlaine the Great. In 1966, Shatner was cast as Captain James Tiberius Kirk in the TV series Star Trek. The TV show inspired several film spin-offs, the early ones starring the original cast. Shatner directed Star Trek V. He also co-starred in a law-related series on television called Boston Legal with James Spader. In addition to acting, Shatner began a career as a writer of science fiction novels. The first one, Tek War, was published in 1989. Shatner has also written his memoirs, Star Trek Memories. He was nominated for an Emmy Award in 1999 for Outstanding Guest Actor in a Comedy Series for his performance as The Big Giant Head on the TV series 3rd Rock From the Sun. Shatner's title co-authored with David Fisher, Leonard: My Fifty-Year Friendship with a Remarkable Man, was a New York Times betseller in 2016. 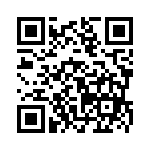