A catalogue of letters written to family, friends and lawyers over many years of imprisonment in which Jackson details with exceptional clarity and passion, the intricacies of his political and moral ... Read full review

Jackson was what the establishment most feared -- an urban black man who educated himself behind bars and wrote about the system that kept him down. explains why prison education programs are virtually nonexistent today, doesn't it? Read full review

Jean Genet was born in Paris, France on December 19, 1910. He was an illegitimate child abandoned by his mother, raised by Public Assistance, and sent to live with foster parents at the age of seven. At the age of 10 he was accused of stealing. He spent five years at the Mettray Reformatory and as a young adult spent time in various European prisons for vagrancy, homosexuality, theft, and smuggling. He began writing in 1942, while in prison. His works include Our Lady of the Flowers, Miracle of the Rose, and The Thief's Journal. In 1948, he was convicted of burglary for the 10th time and condemned to automatic life imprisonment. However, by 1947, his works had gained attention from such writers as Jean-Paul Sartre, André Gide, and Jean Cocteau. After the sentence, they petitioned for his release and a pardon was granted. In the late 1940s, Genet began to write for the theatre, but several of his plays were too controversial to be performed in France. His plays included The Maids, Deathwatch, The Blacks, and The Balcony. He died on April 15, 1986. 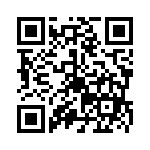