I have probably read this book more carefully than any other reader still alive. I first read it in 11th grade in high school and THOROUGHLY hated it. I was angry at the author and angry at my English teacher for assigning this book. Any modern student of writing who turned in such a plodding piece of work would surely be given a bad grade, because the book was just not at all engaging. The occasional hundred-word sentences and confusing syntax would see to that. Accordingly, I swore that "one day" I would rewrite this book in a more engaging style. Finally, fifty years later I did it. Last year I released Silas Marner in Modern Language. The new version is now available at Amazon and at Barnes & Noble. I hope modern readers will read the new version and experience a much more enjoyable contact with this novel. I have tried to be true to the length and mood of the original. I have disentangled some of "George Eliot's" most horribly-rendered sentences. It was not abridged and not significantly changed, other than to give the improved readability.
Maybe I should have named my rewrite of this book something like, "The Persistence of Teenaged Revenge."
Thomas H. Ledford, Ph.D. (and promise-keeper)

Page xvi - This is life to come, Which martyred men have made more glorious For us who strive to follow. May I reach That purest heaven, be to other souls The cup of strength in some great agony, Enkindle generous ardor, feed pure love, Beget the smiles that have no cruelty, Be the sweet presence of a good diffused, And in diffusion ever more intense. So shall I join the choir invisible Whose music is the gladness of the world.
Appears in 590 books from 1822-2008
Page xvi - MAY I join the choir invisible Of those immortal dead who live again In minds made better by their presence : live In pulses stirred to generosity, In deeds of daring rectitude, in scorn For miserable aims that end with self. In thoughts sublime that pierce the night like stars, And with their mild persistence urge man's search To vaster issues.
Appears in 1064 books from 1833-2008
More
Page xvii - But I hope you will not find it at all a sad story, as a whole, since it sets — or is intended to set — in a strong light the remedial influences of pure, natural human relations.
Appears in 83 books from 1878-2008
Page 13 - Lethean influence of exile, in which the past becomes dreamy because its symbols have all vanished, and the present too is dreamy because it is linked with no memories.
Appears in 73 books from 1849-2007
Page 125 - Gold 1 — his own gold — brought back to him as mysteriously as it had been taken away! He felt his heart begin to beat violently, and for a few moments he was unable to stretch out his hand and grasp the restored treasure. The heap of gold seemed to glow and get larger beneath his agitated gaze. He leaned forward at last, and stretched forth his hand ; but instead of the hard Coin with the familiar resisting outline, his fingers encountered soft warm curls.
Appears in 55 books from 1873-2006
Page 126 - ... those far-off scenes. The thoughts were strange to him now, like old friendships impossible to revive; and yet he had a dreamy feeling that this child was somehow a message come to him from that far-off life : it stirred fibres that had never been moved in Raveloe — old quiverings of tenderness — old impressions of awe at the presentiment of some Power presiding over his life...
Appears in 56 books from 1875-2006
Page 95 - God rest you, merry gentlemen, Let nothing you dismay, For Jesus Christ our Saviour Was born on Christmas-day." Dolly listened with a devout look, glancing at Marner in some confidence that this strain would help to allure him to church. " That's Christmas music," she said, when Aaron had ended, and had secured his piece of cake again.
Appears in 211 books from 1821-2007
Page i - Longfellow's Tales of a Wayside Inn. Lowell's The Vision of Sir Launfal. Macaulay's Essay on Addison. Macaulay's Essay on Hastings. Macaulay's Essay on Lord Clive. Macaulay's Essay on Milton. Macaulay's Lays of Ancient Rome. Macaulay's Life of Samuel Johnson.
Appears in 98 books from 1899-1925
Page 147 - He half expected that this would be shock enough, and that Eppie would begin to cry. But instead of that, she began to shake herself on his knee, as if the proposition opened a pleasing novelty. Seeing that he must proceed to extremities, he put her into the coal-hole, and held the door closed, with a trembling sense that he was using a strong measure. For a moment there was silence, but then came a little cry, " Opy, opy 1 " and Silas let her out again, saying, " Now Eppie 'ull never be naughty...
Appears in 41 books from 1869-2006
Less 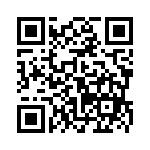