Dagmar Herzog is Professor of History at the Graduate Center, City University of New York and the author of Sex after Fascism: Memory and Morality in Twentieth-Century Germany (Princeton 2004) and Intimacy and Exclusion: Religious Politics in Pre-revolutionary Baden (Princeton 1996). 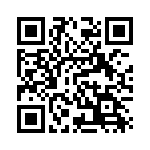