Robert J. R. Graham has spent the last twenty years indulging his curiosity about quantum physics, Eastern mysticism, Western psychology, ancient philosophies, martial arts, and more. He is a freelance writer focusing on self-development, personal mastery, and science fiction. He hosts several websites and has been writing articles since 1990. He currently lives in Ontario, Canada. 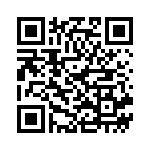