Julia Jaynes has left her family and is living in a hotel trying to suppress her abilities. Her family have disappeared, but they left her with financial support. John's abilities continue to ... Read full review

Marit Weisenberg received her BA in English from Bowdoin College and her Master’s Degree from UCLA's school of Theater, Film and Television. She has worked in film and television development at Warner Brothers, Universal, and Disney. She lives in Austin with her husband and two daughters.
Marit’s debut YA novel is Select, and she worked on the first draft of the book over the course of eighteen months during Amanda Eyre Ward’s class ‘Write a Novel in a Year.’ As of now, there will be two books in The Select series. The series continues with Select Few. 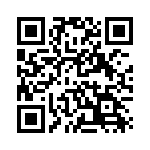