I am still mad at Mr. Heaney for what he did to Beowulf. He turned it into an Irish poem, when it has a clear Germanic pedigree. I find his poetry turgid and thoroughly un-enjoyable. His poems seem as ... Read full review

I love this man, when he's at his best (which is not all the time, sometimes he rambles, I like him when he's short and succinct) he's simply sublime. The Railway Children by Seamus Heaney When we ... Read full review

Seamus Heaney was born in Mossbawn, Ireland on April 13, 1939. He received a degree in English from Queen's College in Belfast in 1961. After earning his teacher's certificate in English from St. Joseph's College in Belfast the following year, he took a position at the school as an English teacher. During his time as a teacher at St. Joseph's, he wrote and published work in the university magazine under the pen name Incertus. In 1966, he became an English literature lecturer at Queen's College in Belfast. His first volume of poems, Death of a Naturalist, went on to receive the E.C. Gregory Award, the Cholmondeley Award, the Somerset Maugham Award, and the Geoffrey Faber Memorial Prize. After the death of his parents, Heaney published the poetry volumes The Haw Lantern, which includes a sonnet sequence memorializing his mother, and Seeing Things, a collection containing numerous poems for his father. His other works included Field Work, Opened Ground: Poems 1966-1996, and Human Chain. Heaney was a professor at Harvard from 1981 to 1997 and its Poet in Residence from 1988 to 2006. From 1989 to 1994 he was also the Professor of Poetry at Oxford and in 1996 was made a Commandeur de l'Ordre des Arts et Lettres. Other awards that he received include the Geoffrey Faber Memorial Prize (1968), the E. M. Forster Award (1975), the PEN Translation Prize (1985), the Golden Wreath of Poetry (2001), T. S. Eliot Prize (2006) and two Whitbread Prizes (1996 and 1999). In 2012, he was awarded the Lifetime Recognition Award from the Griffin Trust For Excellence In Poetry. His literary papers are held by the National Library of Ireland. He died following a short illness on August 30, 2013 at the age of 74. Heaney's last words were in a text to his wife Marie, "Noli timere", which means "Do not be afraid. 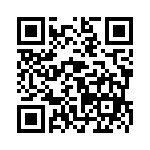