Michael Crowley was born Feb. 26th, 1948 (100th anniversary of The Communist Manifesto) in Cardiff, Wales. He began studying Buddhism with a Tibetan lama in 1966, becoming an upasaka (ordained layman) of the Kagyud lineage on May 1st, 1970 and was ordained as a lama on January 1st, 1988. He has also received many teachings and empowerments from all four major Tibetan Buddhist lineages. In order to augment his Buddhist studies, Mike acquainted himself with Sanskrit, Tibetan, and Mandarin Chinese. Mike has lectured at the Museum of Asia and the Pacific, Warsaw, the Jagellonian University, Cracow, The California Institute of Integral Studies, San Francisco, and at the University of Wisconsin-Madison. His work has been published in Fortean Studies, Time and Mind: The Journal of Archaeology, Consciousness, and Culture, Psychedelic American, and Psychedelic Press UK. In January 2016, Mike received the R. Gordon Wasson Award for outstanding contributions to the field of entheobotany. He currently serves on the advisory board of The Psychedelic Sangha and teaches at the San Francisco Dharma Collective. He lives in Northern California. 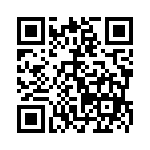