In 1972, Matt Broze wrote Freestyle Skiing, the first book on the subject. Co-owners or Mariner Kayaks since 1980, he and his brother Cam have designed ten sea kayaks. Matt developed and promoted the now-common paddle-float rescues in 1981. His writing on sea kayak safety and rescues and experience in extreme conditions led to his becoming Sea Kayaker magazine's safety columnist in 1984. He's still a regular contributor on safety, paddling skills, recreational racing, and equipment. Matt has paddled over 400 sea kayak designs.

George Gronseth earned a Bachelor of Science degree in mechanical engineering and moved to the Northwest, where he took up kayaking and worked for the Boeing Company analyzing the strength and safety of airplanes. Before long he was teaching kayaking and leading trips for clubs and friends. He succeeded Matt Broze as safety columnist for Sea Kayaker magazine. George has published numerous articles on technique as well as safety and has given many presentations for kayaks clubs and symposia. In 1991, he founded the Seattle-based Kayak Academy in order to devote all his time to teaching and writing about kayaking.

Christopher Cunningham is the editor of Sea Kayaker magazine. His travels in small sailing, rowing, and paddling craft have covered over 7,000 miles of North American waterways. His longest cruise was a 2,500-mile paddle from Quebec to Cedar Key, Florida. He has been building kayaks and other small craft since 1979. He has published accounts of his small boat travels and articles on boatbuilding in Sea Kayaker, Nor'westing, and Small Boat Journal as well as two anthologies: Oyo and Seekers of the Horizon. Christopher occasionally teaches traditional kayak construction at The WoodenBoat School in Brooklin, Maine, and is a frequent lecturer at sea kayak symposia.

Chris Amato (page 143) is a wildlife biologist who lives in New York City.

Alison Armstrong (page 94) lives in New York City and has kayaked extensively along the coast of Maine.

Deb Davis (page 22) is an author and former associate editor of Sea Kayaker magazine; she lives in Indianola, Washington.

Ken Kelton (page 100) is a building contractor living in San Francisco. He still goes surfing and kayaking on the California coast.

Tom Watson (page 173) is a kayak instructor in Kodiak, Alaska, and a member of Kodiak Island Search and Rescue. 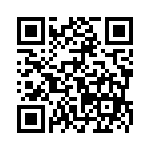