Smaro Kamboureli is a professor and the Avie Bennett Chair in Canadian Literature in the English Department at the University of Toronto. She is the founder of the TransCanada series of books, published by WLU Press, originating from interdisciplinary conferences that initiated collaborative research on the methodologies and institutional structures and contexts that inform and shape the production, dissemination, teaching, and study of Canadian literature. Her most recent publications include Shifting the Ground of Canadian Literary Studies (WLU Press 2012), co-edited with Robert Zacharias and Producing Canadian Literature: Authors Speak on the Literary Marketplace (WLU Press, 2013), co-edited with Kit Dobson. 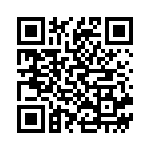