This is a very thorough and convincingly non-partisan examination of the set of theorems and conjectures we call "Say's Law." This is also, for my money, the best book Sowell ever wrote. Maybe not his most important, but his best. Read full review 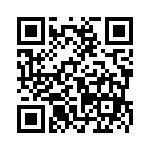