I would rate this as one of the best beginner books around. Along with the Starter Kit, this book provides a coherent and easy to follow guide. Within 24 1-hour sessions, you'll acquire and develop ... Read full review

Sams teach yourself Perl in 24 hours

Perl remains a standard web scripting language, so libraries with older guides should update. Teach Yourself targets beginners with 24 one-hour, step-by-step lessons that include "Getting Started with ... Read full review

Clinton Pierce is a software engineer, programming instructor, and Web developer and consultant. He has been active in the Perl and Unix communities, contributing to the Perl Power Tools project and answering Perl questions in Usenet newsgroups about Perl for several years. He has written courseware for a variety of classes, including Unix systems administration, Perl programming, and Unix shell programming. 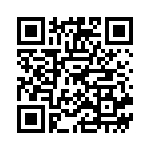