A very wonderful and detailed introduction to SM... so much information, well-written, includes negotiation forms and drawings of rope techniques. Read full review 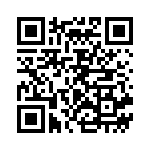