Edward Butts is the author of several historical non-fiction books, including SOS: Stories of Survival and True Canadian Unsolved Mysteries. He is the author of Idioms for Aliens, a humourous look at English grammar. His book The Desperate Ones: Forgotten Canadian Outlaws (Dundurn 2006) was nominated for an Arthur Ellis Award. Ed lives in Guelph, Ontario. 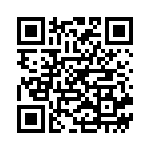