A good descent read on running workouts. I really like the anatomy illustrations and breakdown for each exercise. These exercises and illustrations aren't as good as those in the strength anatomy ... Read full review

Joe Puleo is the head men's and women's cross-country and track and field coach at Rutgers University in Camden, New Jersey. He is also the head running for the U.S. Marine Corps Global Running Program. His responsibilities as lead instructor include coaching the United States Marine Corps global running program.

His previous 20 years of experience include coaching multiple high school state champions in track and field; NCAA Division III All-Americans in the 100-meter, the 800-meter (indoor and outdoor), and cross-country; male and female winners at the prestigious Penn Relays and NYRRC Marathon Tune-Up races; the 2008 USAT amateur duathlete of the year; and an Olympic Trials qualifier in the marathon. Puleo has also coached three World Championship teams for the United States Armed Forces, two marathon teams, and a cross-country team.

Formerly a nationally ranked age-group triathlete, Puleo has competed in over 100 multisport events and over 300 cross-country, track, and road races since 1985. Puleo lives in Phoenixville and Mt. Gretna, Pennsylvania, with his wife, Lyndi, and their three children.

Patrick Milroy has been the chief medical officer for the Road Runners Club in Great Britain since 1998. From 1991 to 2007, he was a medical advisor and contributor to Runner's World Magazine and for 10 years before was similarly involved with its precursors Jogging Magazine and Running Magazine. While working in general medical practice, Dr. Milroy was chief medical officer and sole medical practitioner for the North Cheshire Sports Injuries Clinic from 1984 to 2002.

Dr. Milroy has received the award of fellow twice from the Institute of Sports Medicine in 1999 and from the UK Faculty of Sport and Exercise Medicine in 2006. He has served as a medical officer for many athletic events, including the World Half Marathon Championships, Commonwealth Games, Team England Commonwealth Games (four times), British Athletics Federation, and Great Britain team at the World Junior Championships (three times) and European Junior Championships (two times).

Dr. Milroy is the author of Sports Injuries, coauthor of the AAA Runner's Guide, and author of numerous other articles on sport and exercise topics for journals, magazines, and newspapers. He is also an accomplished runner as winner of the World Medical Games 5000 meters and half marathon in 1980, 1982, and 1984 and winner of the European Medical Games 20K, 5K, and 1500 meters in 1983. His personal best in the marathon is 2 hours 26 minutes. 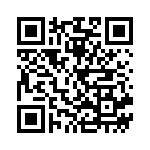