Review: Rewriting the Soul: Multiple Personality and the Sciences of Memory

I had to turn it back in to the library before I finished it. It was definitely interesting, but after my thesis, I turned to less intellectual fare. I may return to finish it someday. Maybe. Read full review

Ian Hacking is University Professor of Philosophy and a member of the Institute for the History and Philosophy of Science and Technology at the University of Toronto. Among his numerous works are The Taming of Chance and Representing and Intervening. 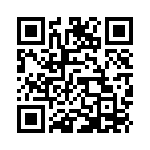