A very good, relatively concise look at the rise, development of, social changes supporting, & voter intentions of the United Kingdom Independence Party. Starting from its roots as an academic protest ... Read full review

UKIP have made an impact on British politics equalled only by the SDP in living memory. In just over 20 years they’ve risen from a group of academics clueless about the mechanics of politics to an ... Read full review

Robert Ford is Lecturer in Politics in the School of Social Sciences, University of Manchester, UK, and tweets @RobFordMancs.

Matthew Goodwin is Associate Professor in the School of Politics and International Relations at the University of Nottingham, UK. He is also Associate Fellow at Chatham House and tweets @GoodwinMJ. 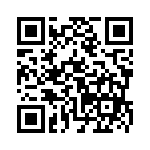