Geoffrey Reaume is an associate professor in the Critical Disabilities Studies Graduate Program at York University. 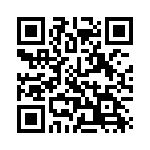