Reel justice: the courtroom goes to the movies

In this informative, entertaining, and unique book, the authors, two UCLA law professors, dissect a broad cross section of courtroom films with wit, humor, and professional expertise but without any ... Read full review

Paul Bergman is a professor of law emeritus at UCLA Law School and frequently lectures to lawyers and judges on how films depict law and legal culture. He has written numerous articles on the depiction of law and lawyers in films, as well as several books on evidence, trial advocacy, legal counseling, and legal processes for non-lawyers.

Michael Asimow is professor of law emeritus at UCLA Law School. He specializes in administrative law and has written numerous books and articles about law and lawyers in movies and television, including Law and Popular Culture: A Course Book. 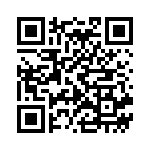