With some of the bad reviews here I have to question if the reviewers even read the book. You can't understand the Glass family canon without reading these stories. Where much of Salinger's work appeals to the angsty younging- Catcher in the Rye the young adolescent and Zooey to the college student- these stories reflect a more mature piece of Salinger's work where the themes have moved from finding oneself in a seemingly phony world (for lack of a better word) to healing and inner beauty. Seymour: An Introduction is without a doubt Salinger's driest story, but at the risk of sounding pretentious I'll say that if you dislike these two stories and adore Franny and Zooey and Catcher in the Rye, that you've misunderstood where Salinger stands as a writer. Where the other two books were gimmicky this one in profound. It is certainly slower and enigmatic at times, but such is the nature of more mature literature.

Jerome David Salinger, born New York City, Jan. 1, 1919, established his reputation on the basis of a single novel, The Catcher in the Rye(1951), whose principal character, Holden Caulfield, epitomized the growing pains of a generation of high school and college students. The public attention that followed the success of the book led Salinger to move from New York to the remote hills of Cornish, N.H. Before that he had published only a few short stories; one of them, A Perfect Day for Bananafish, which appeared in The New Yorkerin 1949, introduced readers to Seymour Glass, a character who subsequently figured in Franny and Zooey(1961) and Raise High the Roof Beam, Carpenter and Seymour- An Introduction(1963), Salinger's only other published books. Of his 35 published short stories, those which Salinger wishes to preserve are collected in Nine Stories(1953). 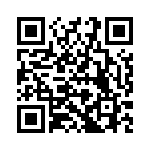