I think Tom and Jerry shows the importance of skin color in the superiority of power in such a way that Jerry is colored like a fawn cat (in the real world), but Tom is a blue mouse-colored cat, and this helps the mouse to defeat the cat despite being small

This is an excellent synopsis that touches on racism affecting multiple races from as far back as the colonies through modern media. It uses a combination of specific examples to form a picture of the interplay between racism portrayed in media and racism in popular culture, as each one impacted the other. Very well done, highly recommended for anyone who wishes to understand American racial dynamics as influenced by popular media throughout American history. Anyone creating media in America with nonwhite characters that are not of their own race should read this book first.

Brian D. Behnken is associate professor in the Department of History and the U.S. Latino/a Studies Program at Iowa State University. 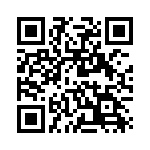