Clive Seale has been Professor of Sociology (or Medical Sociology) at Goldsmiths and Queen Mary’s (both University of London) and Brunel University. His work has concerned communication in health care and death in modern society. He has published extensively on research methods. His books include Constructing Death: the sociology of dying and bereavement (Cambridge University Press, 1998), The Quality of Qualitative Research (Sage, 1999), Media and Health (Sage, 2003) and Gender and the Language of Illness (Palgrave-Macmillan, 2010, with Jonathan Charteris-Black). Recently, he has turned to fiction, publishing a novel, Interrogating Ellie (Cloiff Books, 2015) using the pen name Julian Gray. He is currently writing another novel.

David Silverman is Visiting Professor in the Business School, University of Technology, Sydney, Emeritus Professor in the Sociology Department, Goldsmiths’ College and Adjunct Professor in the School of Education, Queensland University of Technology. He has lived in London for most of his life, where he attended Christ's College Finchley and did a BSc (Economics) at the London School of Economics in the 1960s. Afterwards, he went to the USA for graduate work, obtaining an MA in the Sociology Department, University of California, Los Angeles. He returned to LSE to write a PhD on organization theory. This was published as The Theory of Organizations in 1970.

Apart from brief spells teaching at UCLA, his main teaching career was at Goldsmiths College. His three major research projects were on decision making in the Personnel Department of the Greater London Council (Organizational Work, written with Jill Jones, 1975), paediatric outpatient clinics (Communication and Medical Practice, 1987) and HIV-test counselling (Discourses of Counselling, 1997).

He pioneered a taught MA in Qualitative Research at Goldsmiths in 1985 and supervised around 30 successful PhD students. Since becoming Emeritus Professor in 1999, he has continued publishing methodology books. David regularly runs qualitative research workshops for five universities in Sydney and Brisbane. He has also run workshops for research students in Finland, Norway, Sweden, Denmark, France, Sri Lanka and Tanzania. Since 2000, he has done voluntary work with people with dementia. resident in an old people’s home

Besides all this, David's other interests include classical music, literary fiction, bridge, county cricket and spending time with his grandchildren.

Giampietro Gobo, Ph.D., is Professor of Methodology of Social Research and Evaluation Methods at the Department of Social and Political Studies - University of Milan. He has published over fifty articles in the areas of qualitative and quantitative methods. His books include Doing Ethnography (Sage 2008) and Qualitative Research Practice (Sage 2004, co-edited with C. Seale, J.F. Gubrium and D. Silverman). He is currently engaged in projects in the area of workplace studies.

Jaber F. Gubrium is professor and chair of sociology at the University of Missouri. He has an extensive record of research on the social organization of care in human service institutions. His publications include numerous books and articles on aging, family, the life course, medicalization, and representational practice in therapeutic context. 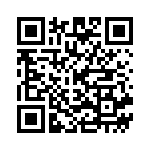