Hikari Hori is Associate Professor in the Faculty of Letters at Toyo University. She is coeditor of Censorship, Media and Literary Culture in Japan. 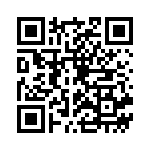