Review: Pragmatics of Human Communication: A Study of Interactional Patterns, Pathologies and Paradoxes

Paul Watzlawick was an associate at the Mental Research Institute, Palo Alto, and clinical professor in the department of psychiatry and behavioral sciences, Stanford University Medical Center. An internationally known psychologist, Watzlawick died in 2007.

Janet Beavin Bavelas is a professor emeritus of psychology at the University of Victoria.

The late Don D. Jackson was a founder and director of the Mental Research Institute in Palo Alto, California, and associate professor at the Stanford University School of Medicine. He was coauthor, with Paul Wazlawick and Janet Beavin Bavelas, of Pragmatics of Human Communication.

Bill O’Hanlon, is a founder of Possibility and Inclusive Therapies and is the author or coauthor of more than thirty books, including Out of the Blue, Becoming A Published Therapist, and Quick Steps to Resolving Trauma. He is a Diplomate, Board Member, Fellow and Master Therapist in the American Psychotherapy Association and was awarded the "Outstanding Mental Health Educator of the Year" in 2001 by the New England Educational Institute. He lives in Santa Fe, New Mexico. Visit his website for more information: BillOHanlon.com. 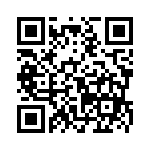