Seymour Martin Lipset: March 18, 1922 - December 31, 2006 American political theorist and sociologist, Seymour Martin Lipset, was born in New York City on March 18, 1922, and educated at City College of New York and Columbia University. Lipset taught at a number of universities, including the University of Toronto, Columbia University, the University of California at Berkeley, Harvard University, and Stanford University. A senior fellow at the Hoover Institution, he was also a member of the International Society of Political Psychology, the American Political Science Association, and the American Academy of Science. Among Lipset's many works are "Political Man: The Social Bases of Politics" (1960), "Class, Status, and Power" (1953), and "Revolution and Counterrevolution" (1968). He also contributed articles to a number of magazines, including The New Republic, Encounter, and Commentary. Lipset has received a number of awards for his work, including the MacIver Award in 1962, the Gunnar Myrdal Prize in 1970, and the Townsend Harris Medal in 1971. Lipset died on December 31, 2006, as a result of complications following a stroke. He was 84. 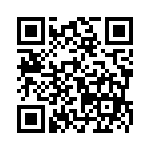