Brian Sutton-Smith was born in Wellington, New Zealand on July 15, 1924. He studied education at Wellington Teachers College. He received a bachelor's degree and a master's degree in educational psychology from Victoria University of Wellington. In the late 1940s, he taught at a primary school in a Wellington suburb. In 1952, he traveled to the United States as a Fulbright scholar. He studied at the University of California, Berkeley, and worked with the psychologists Bruno Bettelheim and Fritz Redl. He received a doctorate in educational psychology from the University of New Zealand in 1954. In 1956, Sutton-Smith moved permanently to the United States. He taught at several universities including Bowling Green State University in Ohio, Columbia University Teachers College, and the University of Pennsylvania. He was a developmental psychologist who was one of the first people to bring the study of play into the academic arena and was considered the field's foremost scholar. His books included Child's Play written with R. E. Herron, The Study of Games written with Elliott M. Avedon, How to Play with Your Children (and When Not To), Toys as Culture, and The Ambiguity of Play. He also wrote three novels for young people. He helped found the Association for the Study of Play and received lifetime achievement awards from that organization and from the American Folklore Society. He died from complications of Alzheimer's disease on March 7, 2015 at the age of 90. 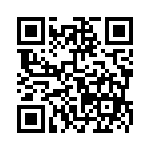