Leonard Bloomfield, an American professor of Germanic languages, created the field of linguistics as a branch of science. In studying such non-Western languages as Tagalog, spoken in the Philippines, he realized the futility of trying to fit all languages into the format of Latin grammar in the common practice in his time. Bloomfield went on to discover the principles of language itself. His book Language (1933) integrated the field of linguistics for the first time. He was one of the founders of the Linguistic Society of America, and he wrote an article for the first issue of its journal in which he explained the need for a society for the new discipline. Bloomfield died in 1949. 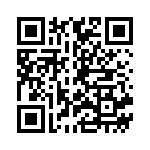