Carman Bradley gave his will to Jesus Christ during an evening windstorm in Kuwait City, 7 March 1997, bringing to an end a major calamity in his life. Two years later, he founded an intercessory prayer ministry based in Calgary (www.intercessorsanonymous.org) He also subsequently founded: (www.marriagereality.org) (www.standforgod.org) The authorship of this book is motivated by his passion to defend the Gospel- the Good News. In Kuwait, he worked as Chief Engineer for the United Nations Iraq-Kuwait Observer Mission. His education includes Civil Engineering and Masters of War Studies degrees from Royal Military College, and a MBA from Queen's University, Kingston. He is presently a business management consultant based out of Calgary. He is married with three teenage daughters. 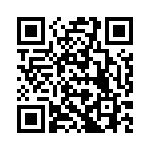