Slonimsky is surely one of the most amazing men alive today. Pianist, conductor, theorist, mathematician, linguist, entertainer, lexicographer, and much more, he has been touched by luminaries from ... Read full review

About the Author:
Nicolas Slonimsky is author or editor of numerous books on music, including Music Since 1900, Lexicon of Musical Invective, Thesaurus of Scales and Melodic Patterns, and the redoubtable Baker's Biographical Dictionary of Musicians. 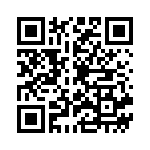