April Carter is Honorary Research Fellow at the Centre for Peace and Reconciliation Studies, Coventry University. 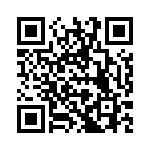