LESLIE LAURENCE is a medical journalist who write about women's health and health-care for magazines such as Glamour and Ladies' Home Journal. Laurence's syndicated column, "Her Health," appears in more than seventy-five newspapers nationwide.

BETH WEINHOUSE is a medical journalist writes a column for Parenting magazine and is the author of The Healthy Traveler . 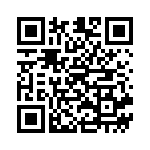