Muna Hamzeh is a Palestinian-American journalist whose work on the Palestinian question has appeared in The Economist, Ha'aretz, The Christian Science Monitor, Jerusalem Report, and Middle East International, among others. Hamzeh was born in Jerusalem to a Muslim father and a Christian mother, both of whom were half Palestinian, half Lebanese. She lived in the Dheisheh refugee camp in Bethelehm from 1988 - 2000. She is currently based at the Univeresity of Texas at Austin.

Todd May is Professor of Philosophy at Clemson University in South Carolina, and the author of five books of philosophy. He has been active in the Palestinian rights movement since 1988, and has also been involved in progressive struggles ranging from divestment from South Africa to gay rights. 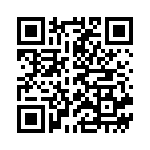